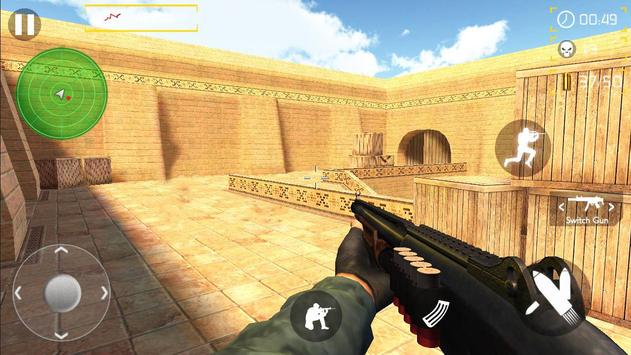 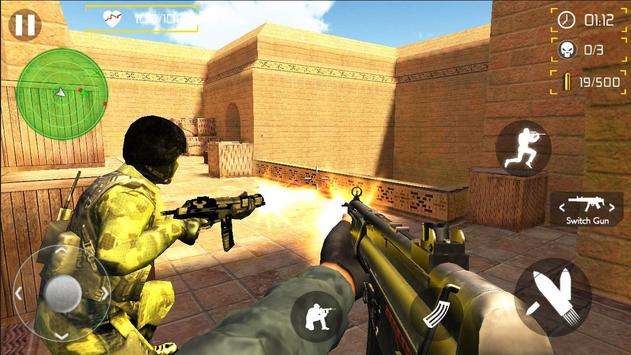 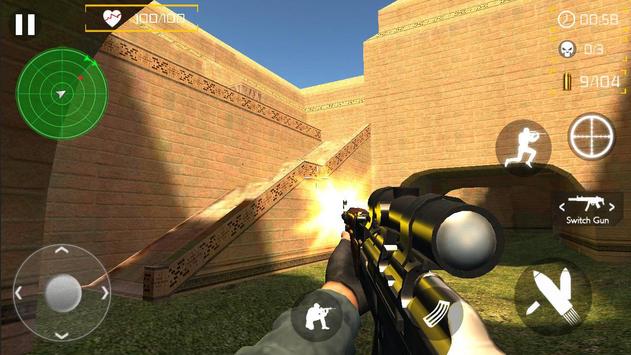 Counter Terrorist Strike Shoot is the firstperson shooter that all players like. Is the best of the latest shooting action games. If you want to fight in the real battlefield and modern warfare style, choose to install this game. Battlefield operations can provide you with land combat experience. So activate your killer mode, become the most courageous warrior in the game, in order to fight for a real battle victory, you must participate in endless fighting, create blood and chaos, the earth into the battle earth.
You are a welltrained military battlefield combat special forces members, is the tactical team and modern war power. You are equipped with machine guns, sniper rifles and grenades, you will be in this shooting game to complete the secret task to eliminate the evil forces that hinder world peace. It is time to pick up your guns and become the most brave warrior in this battle.
Like to complete the task alone? Enter an exciting personal tasks in the past, when you pass one after another terrible situation, to save the world. Your base, your country is being infringed by terrorists, you have to stop the terrorists' crazy plan, you are the savior.
Join the game, scattering blood and chaos on the battlefield, to become a real army assassin.