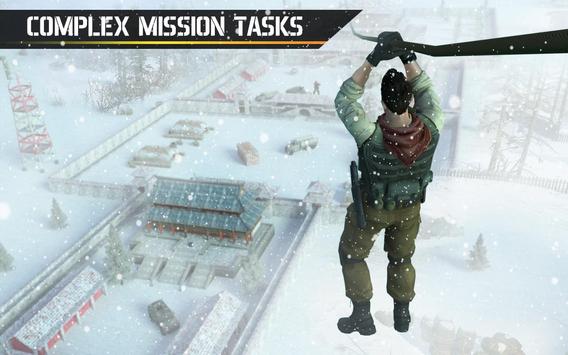 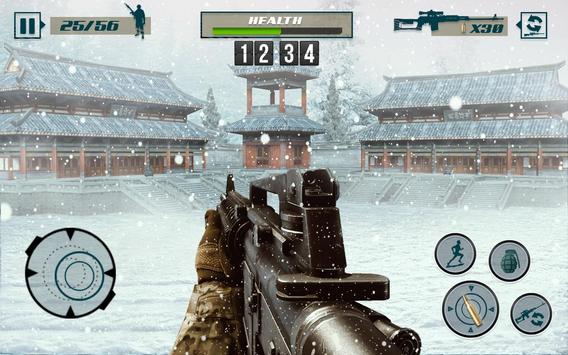 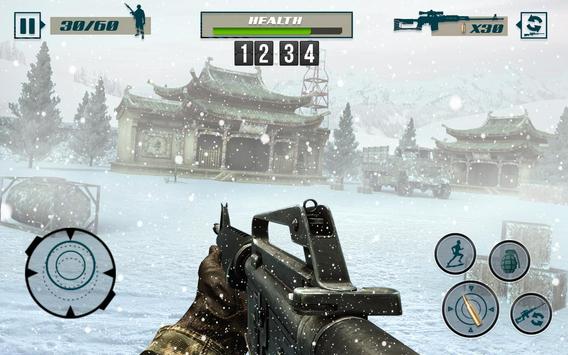 Winters #1 top thrilling action and stealth fps strike game. This is the best sniper shooting counter attack mission game that you are going to play.

This is a top military commando level mission based game. The army received information about enemy plans to raid by satellite on military nuclear base. Enemy has been collecting illegal data about your army movements. Your goal should you choose to accept this covert mission is to go undercover in winter season and shut down enemys base of operation.

Make sure you infiltrate enemy base with the right camouflage in this snow covered environment. Use your cover to obtain an enemy vehicle truck and finish your task as top army task. Obtaining enemy vehicle truck is key to winning this immersive war game on your mobile devices.

Use special stealth war striking tactics to advance in this free top fps game. This action thriller operation gameplay will take you to top secret temple where you must use your covert striking skills as a legendary army commando.

eep your sniper rifle gun at ready at your side as you enter temple covertly. Use stealth tactics of an experienced military spy agent in this free no wifi fps game.

Control your character with easy to handle console level controllers to win against enemy snipers. Whatever the cost your objective is to defeat enemy spy snipers stationed inside the temple. As best army commando you have been trained to use covert military tactics in tough situations.

Realistic Graphics
3D Temple Environment During Winter Season
First Person Shooting
Excellent Gameplay for military covert mission
Realistic effects and multiple new challenges to your mission
Outclass sound effects with immersive background music
Easy and intuitive controls
Sniper Counter Attack Game has been tested by our team against viruses, spyware, adware, trojan, backdoors and was found to be 100% clean. We will recheck Sniper Counter Attack when updated to assure that it remains clean.