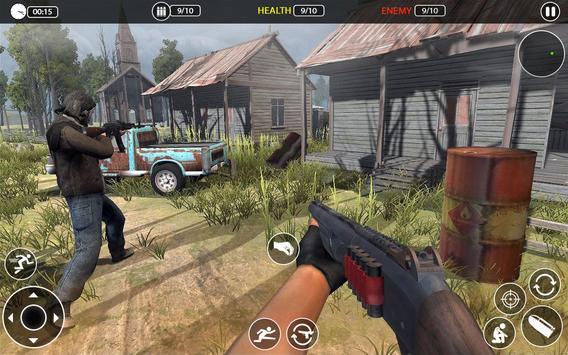 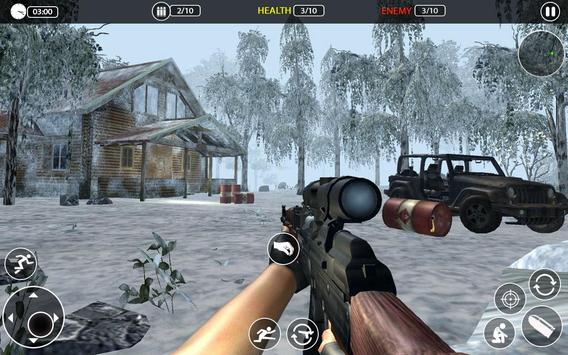 Target Sniper 3D Game in this classic hard FPS games that lets you complete combat sniper stealth missions. Explore 30 stealth shooter levels with 3 themes like Desert, Port and Snow. Be the top shooter commander and hunt all who are hiding in strategic locations. You are a trained hunter SWAT special counter terrorist attack forces agent, your job is to kill the suspects right now with the attacks.
Make the best sniping strategy to destroy your enemies in this snipers mission! As this Americans sniper trains acts like rail shooter and eliminate each and every enemy by targeting and shoot them. It's time to show some ultimate sniping skills. Many challenges are waiting for you as you attack enemy on a moving train.

Fulfill US transportation duty that require protection from terrorist attack. Let not your energy level down during the counter strike against the invasion. Get hold of your long range snipers rifle, Set your aim and pull the trigger to destroy your enemy. Make sure you keep yourself well focused and determined before firing your first shot. Please be careful and look around to prevent the enemies from SHOOTING on you.
As the levels progress, the mission gets tougher and the rewards get higher. So equip yourself with the best gun and hunt them down to be the top shooter. Search for targets based on radar instructions; completing missions within a specified period of time. Use your huge reward to unlock your favorite from a variety of options like Shooting guns, war weapons, assault rifles, main / auxiliary weapons and Sniper rifles. The battlefield is full of crisis, all kinds of cuttingedge weapon after another, whether you can escape all the attacks, to complete all the challenges.

It's a free fps game to pass the time! Defend the victims from kidnappings to bomb attacks: hostage survival is critical!"Alpha, Bravo, Charlie, do you copy?" Find the target, aim, shoot. Save the state secrets from the rogue agents and spies, and stop them from spreading a terrible virus. Do you have the skills? Help your country in the massive nuclear competition. Buy the best Sniper rifles, assault rifles, shotguns or pistols that exist with the gems you earned in the game! Upgrade the ammo, the grip, and the calibre to get bullets that inflict more damage, have better range, scope, stability, or zoom. Will you choose the hunting rifle, the awesome assault mp5, a Glock or a Colt in the armory? Sniper 3D does not require you to be always online in order to have fun. You can enjoy it offline in the subway, while flying on a (real) plane, in the car on the road.

AIM and SHOOT! Download now for free one of the best fps shooting games. Clash with the criminals on different scenarios.
Target Sniper 3D Games Game has been tested by our team against viruses, spyware, adware, trojan, backdoors and was found to be 100% clean. We will recheck Target Sniper 3D Games when updated to assure that it remains clean.