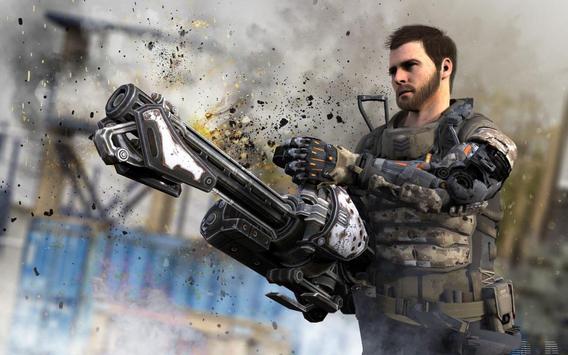 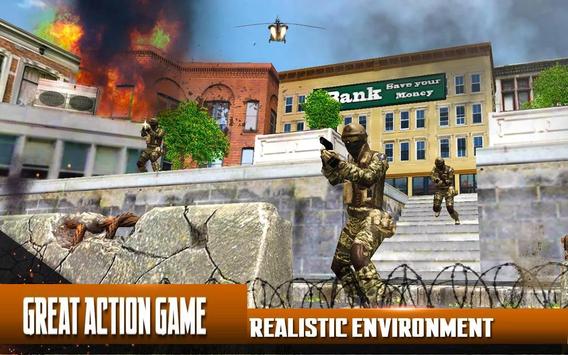 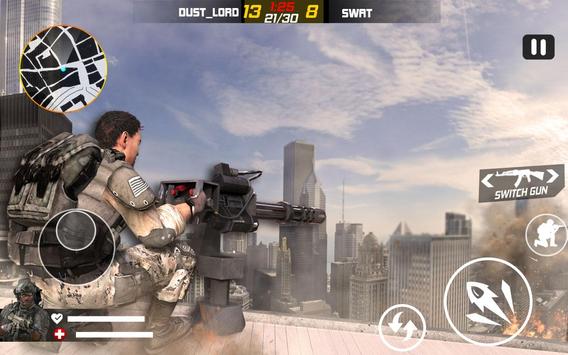 Briefly about war game:
here to take you on a crazy killing spree right in the middle of a war zone full of shooting & bombing. Set in a beautiful immersible 3D environment this game provide the best war simulation you can experience on a mobile device.
It is 2018 version of the best gunner & sniper shooting game. There are eye catching war scenes and challenging missions & duties for you! Your main objective is to save & defend your military base. You have to avoid enemy strikes at all costs to survive.
You are among intense war scene with your 2 more warrior brothers in your city. Your main purpose with your brothers to sweep all enemy forces including infantries, snipers, tanks, Humvee gunners, F16 aircrafts, gunship helicopters and even suicide bombers wherever they attack. As you see you are being attacked by very strong and organized enemy. You are able to command all of you. You can change player inside game and expel incoming counter strikes. You will be warned on screen when a brother of you is attacked. You can simply click on player want to command and repel enemy attacks.
Its an opportunity for you to take your rank from an elite military army commando soldier to a hero military army commando soldier. You are not alone in this fight. The whole army military, navy & air force is at your disposal. Use tanks, missile, air strike from fighter jet air crafts to destroy & kill your enemy & terrorists in a blink of an eye.
What you need to do? Your country expects you to kill all piece of enemy forces until their all consequential attacks will be defeated. Therefore we can say welcome to the hell. You will be real commando and battlefield gunner. You are equipped with very effective weapons. You have gunners, rpg, and also you have air craft attack support. You are evaluate your weapons in time by winning at war. You can buy shields, health power, war weapons, gunners, RPG units and many more. You have daily awards so play everyday to claim all.

How to Play:
Touch & drag anywhere on the screen aim your shooting weapon
Tap the fire button on the right side of the to shoot and start your assault
BROTHER IN WARS: GUNNER CITY WARLORDS Game has been tested by our team against viruses, spyware, adware, trojan, backdoors and was found to be 100% clean. We will recheck BROTHER IN WARS: GUNNER CITY WARLORDS when updated to assure that it remains clean.