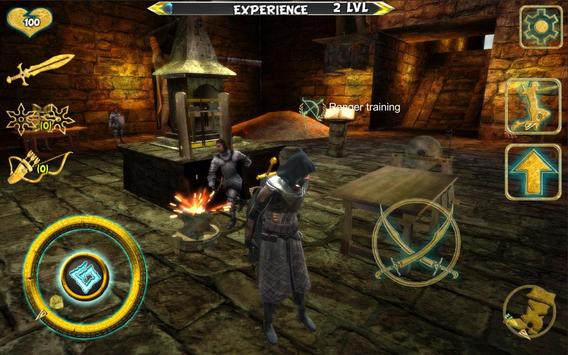 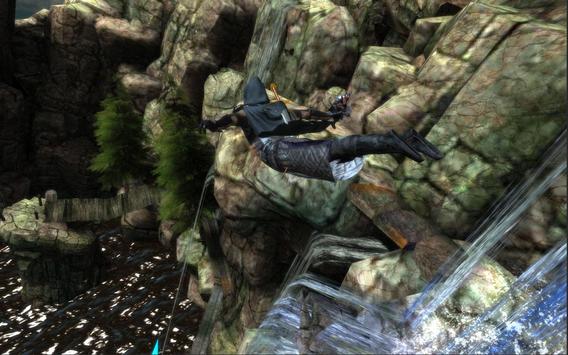 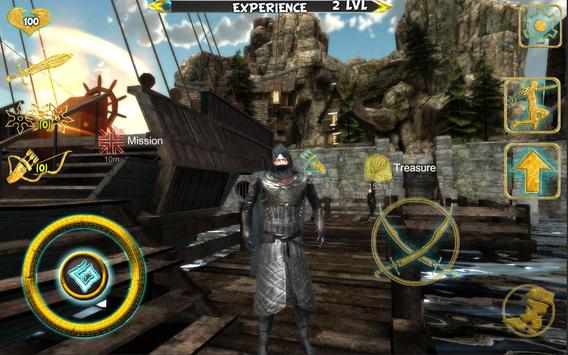 This epic fun game contains 13 levels. In this violent 3D action game you play as angry ninja samurai. You have been hired to complete task from ex general of a empire to save the land. Your main mission is to go after murder of the real king of a kingdom. By your journey you will deal with his army. To get him it is not going to be easy. There are awaiting for you many traps, obstacles and enemies on the way.
Aim to collect all stars and climb where is the target showing on your compas to finish a mission.

Mortal warriors will try to crush you with their strong tiger armor and hammer. Every enemy has different abilities.
You will have to chop, kick, punch, slash through them like a hero or just climb away to disappear. Don't get hit if you know how to move in shadows. Be man and stand against traitor and his army who murdered your king. Use iron and gold swords, axes, hammers or bone bow to clear your way. You can buy them in the shop for gold you can find behind secret enters. With super equipment your hero can reach almost immortality. Sneak and wait for good opportunity to hit in right moment.
Your hero has through learning of kung fu, martial arts, fighting skills, climbing from your evil sensei.

You are armed with lethal sword blade ( katana ) and bow. Feel sense of archery and strike at the right moment.
Develop this skill as a player and shoot a magic arrow through more than 2 enemies at once.

Finish all levels, defeat all your enemies and become a legend.
Climb to top of the towers in a castles and jump down to water or hay mound to finish your fight with ease.
You can also pick stealth approach and use your infiltration, sneak, spy skills.
Swim,climb and discover secret entrances to a castles. Use underground tunnels,climb on a bridge and try to be invisible as a real ninja warrior of shadow.
Collect magic arrows to make your mission easier to eliminate anything in your way.
Unaware from your mercenary enemies you can finish the level like a japanese rising shadow hunter without of need to gear up and crime combat.
Realistic stealth and combat movements
bloody action
wonderful background music
realistic HD graphics