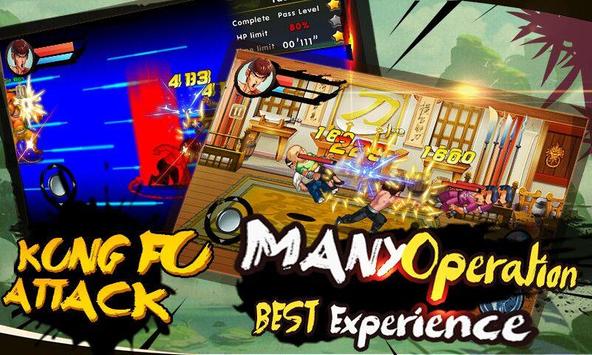 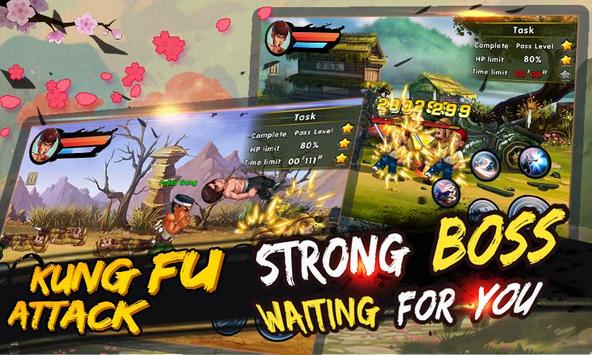 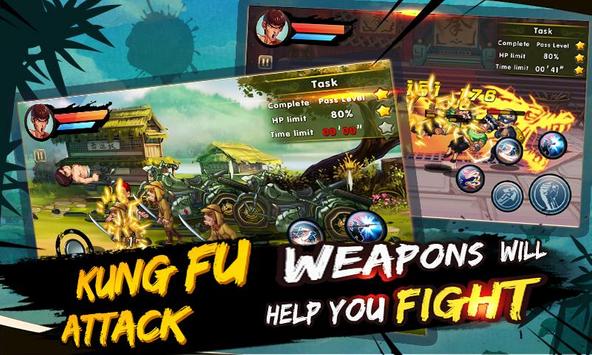 UNG FU SUPERHERO CHALLENGE
The "ung Fu Attack:Offline Action RPG" war began! Plunge into the actionpacked fighting adventure of this warrior game with brutal and unforgettable brawlers. Save the world playing as a fighting hero of the mortal age. Like in other warrior battle games youll have to play as a combat ung Fu Champions who is fighting for freedom and glory.

FIGHTING ING OF RING
Join the fighting club of ung Fu Attack and battling masters to be an enemy nightmare in epic fight against kung fu Champions ! Make a kung fu Champions rush with combo strike in a fighting arena! Quickness is key to win the hand to hand fight. Brawling will force you to use tactics of a mortal clash, devastating weapons and battle magic in the ung Fu challenge.

FIGHTING CHAMPIONS
Choose rivals to become an unbeatable combatant in this fastpaced action fighting game! Make decisive blow, mortal strike and critical annihilation against every fighting ung Fu superhero in a fighting list to be the champion of the fighting game!

THE REAL FIGHTING MADNESS
Act like a ung Fu Champions shadow to defeat all of the opponents on a combat arena. Prove your skills in Chinese warrior vs ung Fu hero duels and leave a legacy as a combat legend of warrior tales! Show off powerful street fighting skills in the story mode and knockout opponents from your list to fight. Join the "ung Fu Attack:Offline Action RPG " battle arena with famous characters and be the most skilled fighting man in a warrior game.

MASTER YOUR SILLS TO BE HIGHER
Study all the secret fighting techniques in the training mode. Master new combos of melee attacks and weapon techniques to crush opponents in the revolution of the best fighting games. All you have to do is to choose your fighter and opponent and hit them as much as you can.A lso fighting style is in your control. You can try to act faster than your rival or you can use your guarding abilities to exhaust your enemy. eep an eye on every move of your enemy that is fighting against you. Use punches and kicks with accuracy and quickly. Take timely decision, attack on enemy with punches and kicks on proper time and block enemy attack using accuracy and speed in your actions. Use enemy power against himself. In the sense of real combat game, fighting coherent action is strong, you are presented a visual and sensory double enjoyment, continued passion and blood at the same time. Upgrade your warrior with special powers to transform him into a real ung Fu superhero !
FIGHT LIE A Master TO GET FIGHTING GLORY
Enjoy this revolution of the classic fighting ung Fu Attack games where you can get the experience of ultimate kung fu fight between the real superheroes.If you like action games, you should never miss this one!
ung Fu Attack:Offline Action RPG Game has been tested by our team against viruses, spyware, adware, trojan, backdoors and was found to be 100% clean. We will recheck ung Fu Attack:Offline Action RPG when updated to assure that it remains clean.