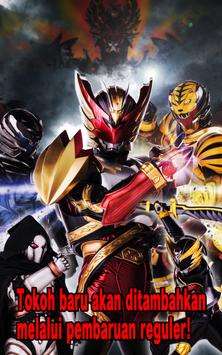 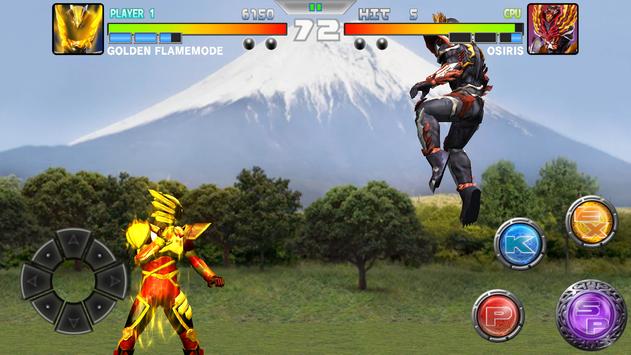 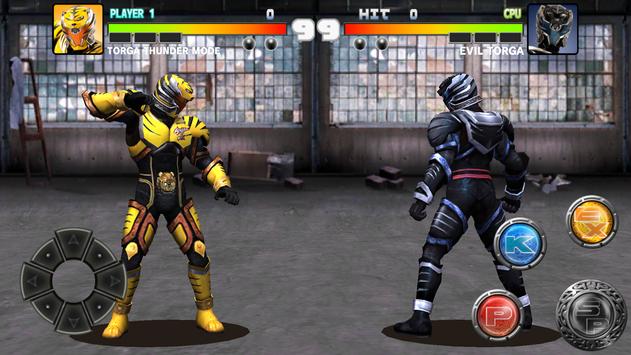 Enjoy thrilling battles and action with BIMAX and TORGA!!!

Collect items and get new characters! Raise their level and fight in tougher stages!

In the new Heroes Mode,defeat enemy after enemy in a scrolling stage.
Collect items and get new characters to beat tough foes, then gather upgrade items to
train your characters. You might get lucky and acquire a rare or special color character
from the TV shows and movies!

In this mode, you fight with your favorite character against one computer opponent
after another. Select from five levels of difficulty: EASY, NORMAL, HARD, SUPER, and HYPER,
making it accessible to everyone from beginners to experts!

Playing is simple! Perform moves by tapping the Punch, ick and EX buttons.
Combine these with the directional buttons to pull off a variety of special moves.
Anyone can easily perform impressive moves from the show just by tapping the SP button.
Try making your own original combos!
Android 4.3 and up
Downloading or updating the game can use large amount of data.
Make sure you are in a location with a good connection before you start.
SATRIA HEROES /from Satria Garuda BIMAX and MOVIE Game has been tested by our team against viruses, spyware, adware, trojan, backdoors and was found to be 100% clean. We will recheck SATRIA HEROES /from Satria Garuda BIMAX and MOVIE when updated to assure that it remains clean.