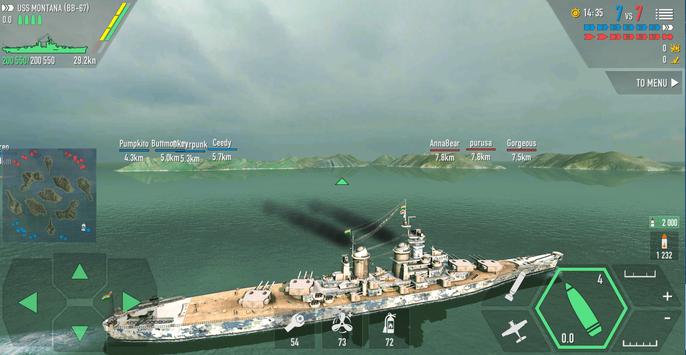 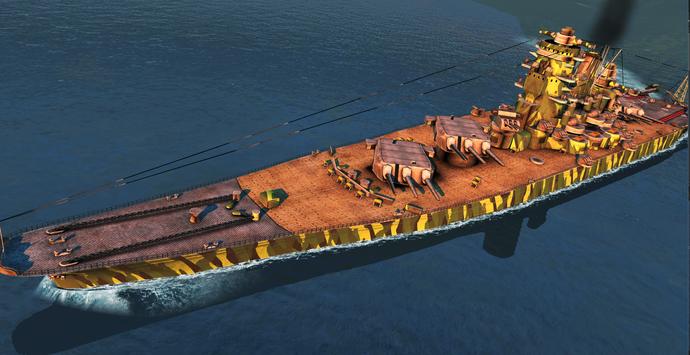 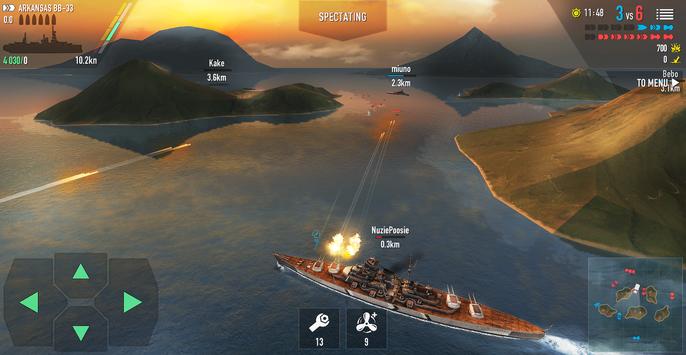 Battle of Warships is one of the legendary mobile game about battleship and naval warfare, sea battles online and offline. Navigate your unique ships that used in the WW1 and WW2. Improve on your own ship, increase health points, engine speed and turns. Customize navy army with the flag of your country. Get daily rewards, level up your skills and ship's characteristics. Become the God of War and war thunder with warship craft, battle with enemy for war and order. Try to blitz with artillery enemys airplane and jet wings.

« More than 20 unique battleships including the most legendary ones of the World War 1 and World War 2!
YAMATO, Missouri, Bismarck, South Dakota and even Aircraft carrier (it includes air planes and jet)! Choose your destiny! Be commando of all of them in our ship games!

« A unique update system for each ship of yours
Huge numbers of different weapons for improving your ship such as torpedoes, interceptors, missiles and so on for your battleship craft!

« Latest 3D graphics, corresponding to all the characteristics of the best mobile game!
Super realistic boat gunship battle graphics, exquisitely crafted with attention to the smallest details for wwi and ww2 games genre.

« Touch control & several versions, including the gyroscope!
Totally easy and intuitive control, just put weapons on enemy and push SHOT! Art of game thats all you need to win in WW army games. Victory day not far off!

« Weather change system on the game maps! Fight day & night!
Rain, sun, sunset and even snow. What kind of weather do you prefer in military games?

« Massive world battlefield area
Mountains and glaciers will be your companions in this navy games fleet!

BoW is war games genre multiplayer games ocean wars simulator. Our war games is totally FREE for download.
Battle of Warships: Naval Blitz Game has been tested by our team against viruses, spyware, adware, trojan, backdoors and was found to be 100% clean. We will recheck Battle of Warships: Naval Blitz when updated to assure that it remains clean.