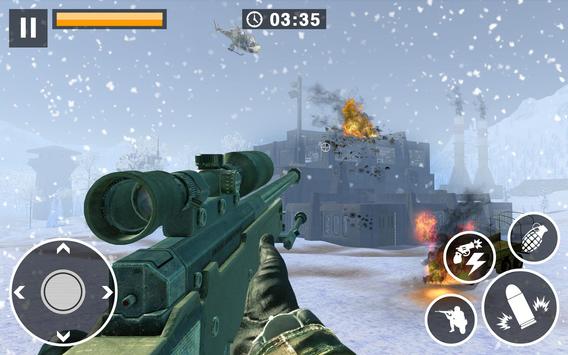 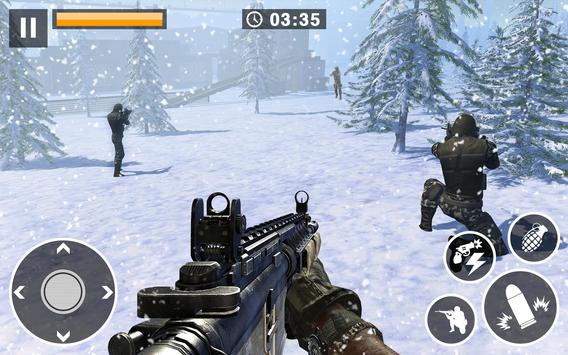 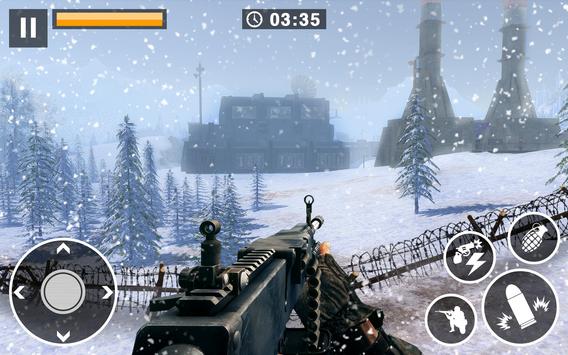 As a US Army super sniper rifle hero, lead the nationwide military warfare and shoot with your advanced super sniper rifles, defend the country from the threat of terrorists and terrorist operations.Follow your minimap to navigate the enemy, don't get lost in the snow mountains, assassinating terrorists in the woods.

Modern fps shooting game with frontline winter mountain shooting experience in snow. Become a US Army elite shooter in the frontline, world war II where survival of the fittest in battleground win, in this shooting game of 2018 for boy

Military movement & obliteration started on the frontline borders in the world war 2, War on Frontline action fps free game. US army general sent you on the topsecret mission in which high secrecy is required to wreak havoc and destroy the enemies hidden camps on the German soil, this military assignment in held in 1945. WW2 super sniper equipment includes A47 ammo, MP5 super sniper rifle guns, M4 hand grenades, Dragunov SVD and military area map to locate German enemy base in the mission of world war 2 shooting game for boys.

In FPS Winter shooting, Fog spread in the jungle and trees are covered with snow and enemy and its camps are hidden, Become the world war 2 advanced US army sniper shooter hero by finding the enemy in the enemy hideouts in this frontline fps sniper shooting game!

In Shooting sniper game, find your enemy soldiers in a dense snow mountain forest. So get your sniper rifle and shooting weapons in the top sniper game. Utilize best shooting skills. If you want best firstperson sniper shooting game, try the most thrilling mountain call of the sniper shooting game for free. Download "Call of War: Final Battleground WW2" sniper shooting game!
Call for War Winter survival Snipers Battle WW2 Game has been tested by our team against viruses, spyware, adware, trojan, backdoors and was found to be 100% clean. We will recheck Call for War Winter survival Snipers Battle WW2 when updated to assure that it remains clean.