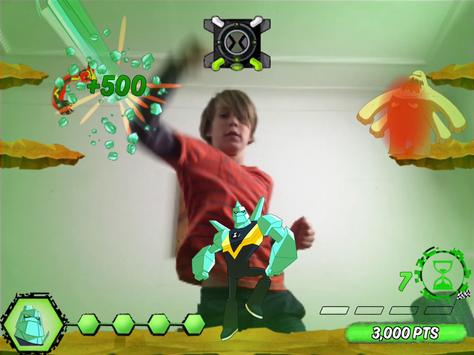 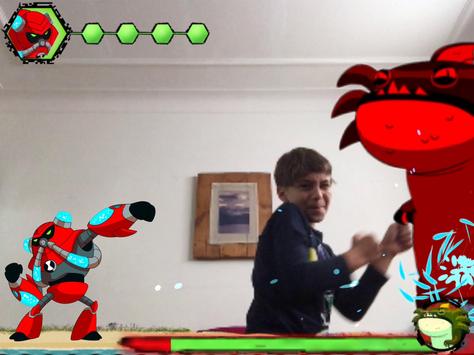 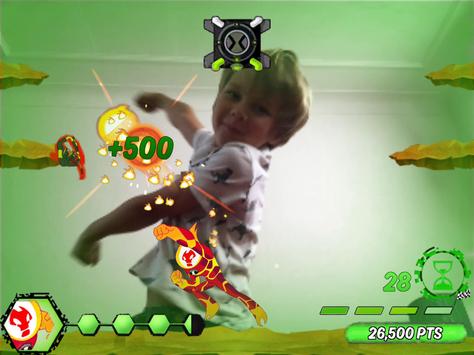 Become part of the action yourself in the unique new camerabased game Ben 10 Challenge.

UNIQUE NEW GAMEPLAY
Use the camera on your device to become part of the omniverse yourself. You will appear on the screen and movements will control gameplay.

FIGHT OFF YOUR ENEMIES
Face wave after wave of enemies from the show across five different universes, with bosses to defeat including Zombozo, Hydromander and Iron yle.

If you're having any problems, contact us at apps.emea@turner.com. Tell us about the issues you're running into as well as what device and OS version you're using. This app may contain ads for Cartoon Network & our partners products & services.
-*

Before you download this game, please consider that this app contains:

"Analytics" for measuring the performance of the game and for understanding which areas of the game we need to improve;
Nontargeted advertisements provided by Turner ad partners.
Ben 10 Challenge Game has been tested by our team against viruses, spyware, adware, trojan, backdoors and was found to be 100% clean. We will recheck Ben 10 Challenge when updated to assure that it remains clean.

Please review Ben 10 Challenge Game and submit your comments below. We will collect all comments in an effort to determine whether the Ben 10 Challenge app is reliable, perform as expected and deliver the promised features and functionalities.