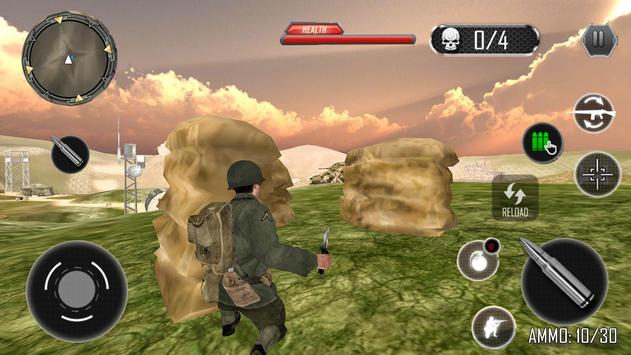 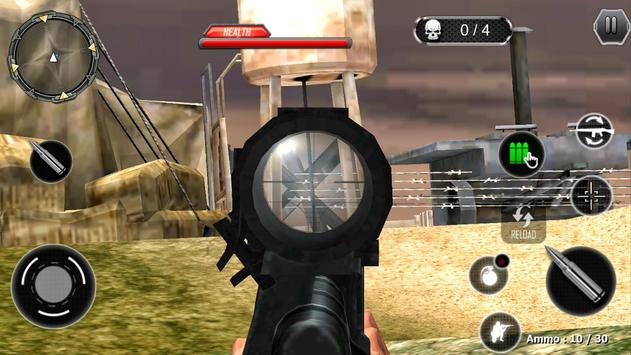 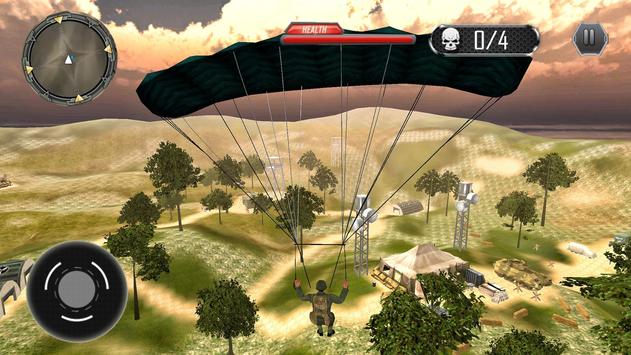 Military striking has began on the battleground with US Army Commando and the forces trying to battle it out on the remote island in the last hope of survival. This is an intense survival game with enemy attacks and shooting missions. Begin the WW2 war army game shooting battle to rescue the war prisoners and win the battleground on this unknown island as the last commando. Land onto the island with your shooting gears and lets step into the challenge of battleground survival shooter of WW2. Accompany US army squad on the battleground in the hope of survival as the last commando survival shooting missions of world war in this US army games. The parachute will help you land on the island in situation with no weapons or ammo. Collect the weapons and get ready to loot the treasure. The basic aim of the last commando is to get his hand on the treasure on the unknown island and acclaim to be the best player in this WW2 Last Commando Army Survival Battleground US army games.
The player need to be good at aim, perfect shooting, best survival shooter and fighting skills on the battleground. Unleash the domination onto the opponent army as the best US Commando survival. This is the real call of battleground survival. World War games are legacy for the lovers of shooting games, battleground survival and fps games. Lead the shooting squad and be the best player in this island battleground war prisoners game. The game brings in third person shooting TPS features to enhance the gameplay experience. Enjoy fps game and TPS both on the same battleground in this WW2 Survival game with Last Commando US army games.
Being the shooting mission on the battleground with third person shooting in this WW2 Last Commando Army Survival. US army has a given a call of US commando on the battleground and last survival war will claim to be the best player. Loot, survive, shoot and win the battleground for Army Survival in this third person shooting game. Warfare equipment will help you in this tps games of army commando survival with us army games.
FEATURES:
Intense Shooting Battle of WW2 US Army Games
Challenging Gameplay Missions
Variety of Weapons to Choose From
Explore the Island and Survive the Battleground
WW2 Last Commando Survival Game has been tested by our team against viruses, spyware, adware, trojan, backdoors and was found to be 100% clean. We will recheck WW2 Last Commando Survival when updated to assure that it remains clean.