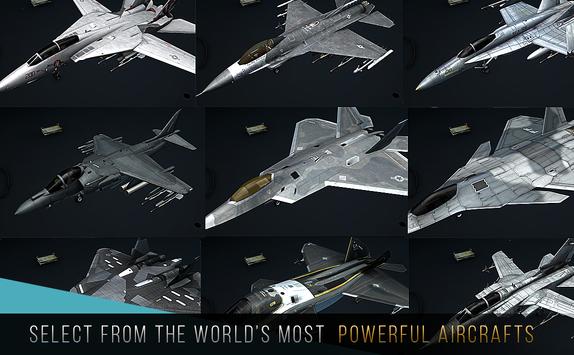 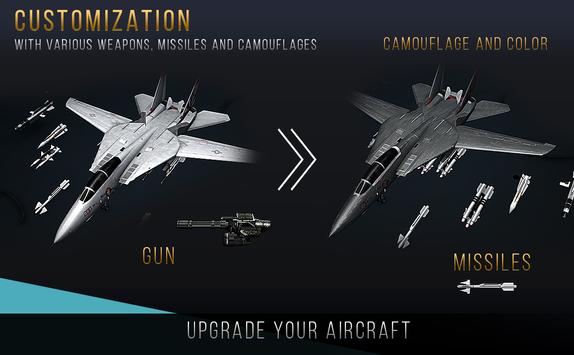 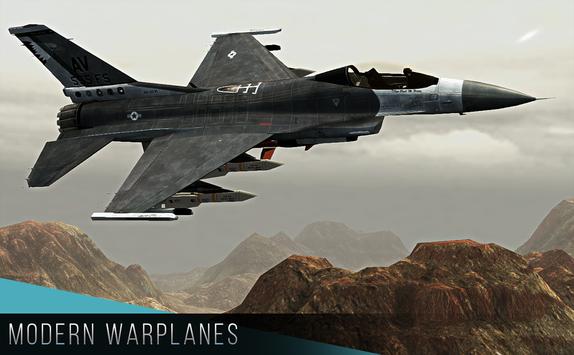 Modern Warplanes: Combat Aces PvP Skies Warfare transfers you to the world of modern war planes and supersonic jet fighters. Join millions of players from around the globe in an ultimate multiplayer PvP combat for air force domination. Military aeronautics at its finest brings you huge variety of aircrafts and air planes. ˆ

You will be able to fight on all the best known pursuit planes and airborne interceptors of our generation, as well as war prototypes of leading air forces. One of the best flying games presents you a jet fighter sim filled with lit action. Takeoff from a carrier to meet your squadron and engage in dogfights with furious team and solo PvP. Our wargame flight simulator features both multiplayer and solo campaign with different missions and survival. A war thunder is roaring, spread your wings, commander!

Online Multiplayer
Online gaming and fights against pilots from all around the world: US, GB, Germany, Russia, India, Indonesia, Brazil, Iraq, Turkey, Pakistan and many others

Equip your plane
More than 30 various collectables, from rockets, missiles, to machine guns and heat flares

Air combats as you like
Both Online and Offline game modes: Solo Campaign, Survival, battles with enemies on the ground in in the sky

Easy controls
Full jet control: in our simulator you can control the speed, missiles, guns, heat flares. Perform landings and takeoff from a carrier, become a wargame ace

Customization
Customize your warplane: camo suitable for any game mode and map: snow, pixel or bright as explosion

Action with friends
Nonstop action: select a deathmatch or team battle, go for a solo operation or create your own game to battle with friends! A great flying game if you like shooters, speed or wargames!

From the time of cold war and pearl harbor nations improve their Air Forces: modern warplanes are the war machines on any battlefield! Take control of the fast and deadly aircraft to destroy opponents in a direct warfare conflict! Be like a thunder in a war with rival pilots, its time for a blitzkrieg!

We created a nextlevel airplane wargame batalla shooter. Regular updates and new elements are waiting for you in online multiplayer games of 2018.