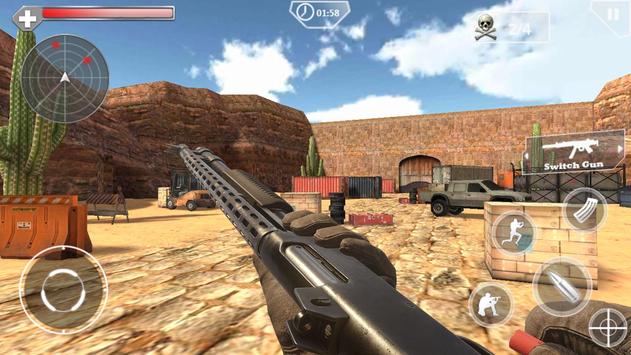 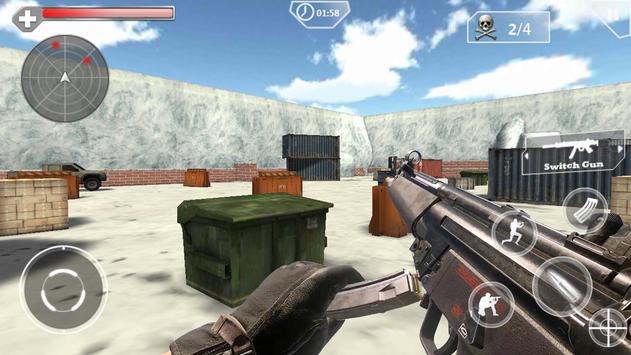 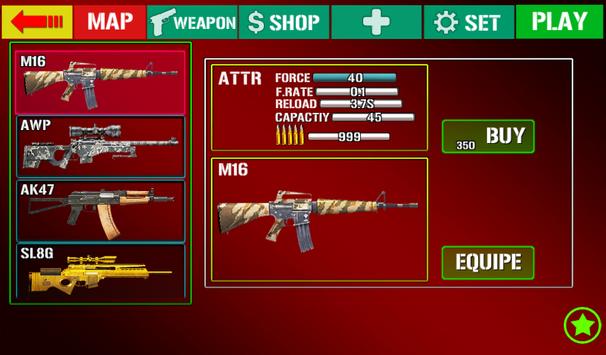 One Man. One War. Now You Are Sniper iller.
-There you play the game was the fantastic 3D FPS game .As the sole surviving special forces of a renegade attack against a ruthless terrorist organization, you are stranded on the battlefield and hellbent on payback.

You must use all of your specialized skills to survive the onslaught of the enemy forces and avenge your fallen
soldiers.Faced with this situation of you have no choice but to grasp the nettle.From the M16 to A47 and sniper
guns, as you have access to a variety of light and heavy weapons, as well as powerful grenade too!In the battle you will be sent to different locations to perform the difficult task.Such as IceWorld,Desert,City.

-*Fight in difficult terrain You will face different environmental challenges spacing case.But nothing can stop you to destroy the enemy's confidence.

Many full power firearms will be available to give a fatal blow to terrorists for you.A47,M16,WA2000,AWP,M400.

The number of enemies and the AI you face are different depending on your selected tasks in each level.In short,

the more the enemy killed, the more reward you get.What are you waiting for, let's take a journey and start killing.
Shoot HunterGun iller Game has been tested by our team against viruses, spyware, adware, trojan, backdoors and was found to be 100% clean. We will recheck Shoot HunterGun iller when updated to assure that it remains clean.