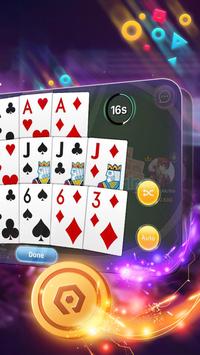 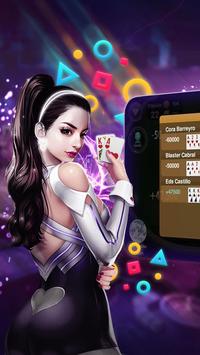 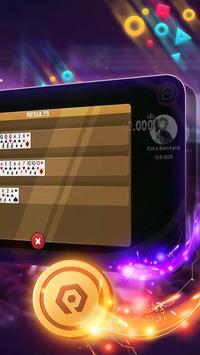 Join the most popular card game in Philippine to play and win with more games, more tables, more fun, more rewards and more people to challenge. Its PUSOY, PUSOY DOS, and TONGITS the way YOU always want to play!
IN PUSOY Queen WE HAVE
[Traditional TONGITs]
Game Tong its is a threeplayer knock rummy game, two players with 12 card hands and one player (also the dealer) with 13 card hands.
Players will add '2 bet' before each game.The first dealer is chosen randomly. Thereafter the dealer is the winner of the previous hand.The dealer starts dealing in a counterclockwise direction.The next player may CHOW the card or PIC from discard pile.You may only take a card from the discard pile if you are able to create a sepaw or meld (a set or run) with it, and you are then obliged to expose the meld or sepaw. HOW TO WIN A TONGITS GAME? Tong its:The player is able to use all of his or her cards in combinations, by chowing or connecting to opponents exposed card sets, or if the player gets rid of all his cards, then the player wins by Tongits.Win by Deck runs out:If the Deck Runs Out of cards and no one has initiated a Draw or won by Tongits, the player who has least amount of points in there hands wins the game. Win by Draw: If you think you have fewer points in your hands than any of your opponents, you can call a Draw. This is a direct challenge of the opponents and will end the game whether you win or lose the draw .If another player initiates a draw, when its your turn, the options are FOLD or FIGHT .
[PUSOY DOS (OR FILIPINO POER)]
A variation of Big Two, is a popular type of shedding card game with origins in the Philippines. The object of the game is to be the first to discard your hand by playing them to the table. If one cannot be first to play all cards, then the aim is to have as few cards as possible. Cards can be played separately or in certain combinations using poker hand ranQueens. Games of Pusoy Dos can be played by 2, 3 or 4 people.
[PUSOY (OR CHINESE POER)]
is a card game that has been played in the Asian community for many years. It has begun to gain popularity elsewhere because it has many features of an "exciting" gambling game:
- The rules are simple only a basic knowledge of poker hand ranQueens is needed to get started.
- There is a large element of luck involved, therefore a beginner has a good chance of winning in the short term, even against experienced opponents.
- The game format results in frequent unexpected wins and high ranQueen hands.
PUSOY QUEEN FEATURES
1. New player Get rich today with FREE 500k gold from installing, logging and playing and WIN more and more!
2. Its super easy to start playing with your Facebook friends, or go against thousands of other players online.
3. Daily Reward every time you log in to help you play
4. Daily aid every time you lose to make you win
5. Daily events every time you win to make you win BIGGER.
6. Chat and emotes super easy: greet, sad, fun, express your emotion everytime.

Easy to install and play. Login as a guest or connect through your Facebook account and start playing immediately.
Large active players community, always ready to start a new game.
From the PUSOY PINOY ƒ  Now lets reach the new goals: The Area of glory card games.
Pusoy Queen Game has been tested by our team against viruses, spyware, adware, trojan, backdoors and was found to be 100% clean. We will recheck Pusoy Queen when updated to assure that it remains clean.

Please review Pusoy Queen Game and submit your comments below. We will collect all comments in an effort to determine whether the Pusoy Queen app is reliable, perform as expected and deliver the promised features and functionalities.