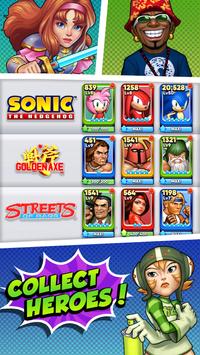 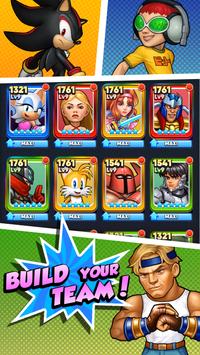 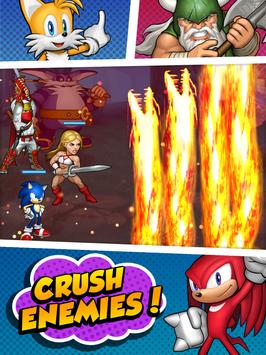 Collect legendary heroes from your favorite SEGA games. Build an allstar team in this mashup of epic proportions. Upgrade your heroes and match gems to unleash their signature attacks in actionpacked battles!

The mysterious and powerful Dremagen has discovered the SEGA universe and hatched an evil plot to bring it into her dominion. With the help of Dr. Eggman, Dremagen traps Sonic the Hedgehog and SEGAs mightiest heroes from GOLDEN AXE, SHINOBI, STREETS OF RAGE and more in her negative dimension. Now YOU must help the SEGA Heroes face off against Dremagen and her evil army of clones and do battle with the likes of Dr. Eggman, Mr. X, and Death Adder.

COMPETE IN EPIC ADVENTURES
Battle classic SEGA bosses and minions in tactical Match3 combat
Go on an epic adventure through SEGA history, as you build an allstar team
Battle famous bosses including Dr. Eggman and Mr. X
Enter Survival mode to see how far you can go
Complete puzzles and progress through tons of levels

Your ultimate SEGA squad is waiting. Join the adventure now!

SEGA Heroes Game has been tested by our team against viruses, spyware, adware, trojan, backdoors and was found to be 100% clean. We will recheck SEGA Heroes when updated to assure that it remains clean.

Please review SEGA Heroes Game and submit your comments below. We will collect all comments in an effort to determine whether the SEGA Heroes app is reliable, perform as expected and deliver the promised features and functionalities.