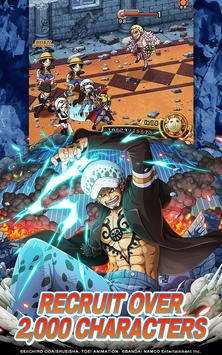 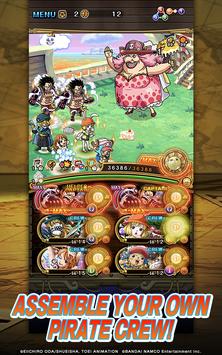 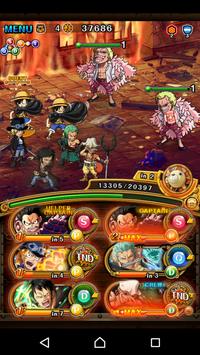 With over 70 Million+ downloads to date, ONE PIECE TREASURE CRUISE is an exhilarating adventure with your favorite Anime crew. Form your own misfit pirate crew, pull off power combos, and relive your favorite moments from the One Piece storyline. The world of One Piece awaits you!

Relive the ONE PIECE storyline

Join Luffy and the Straw Hats on their quest to find the One Piece!
Explore each chapter of the epic story
Complete quests and watch as the adventure unfolds
The unpredictable and diverse World of ONE PIECE is now yours to explore!

Recruit and train your own Pirate Crew!

Featuring your favourite major and supporting ONE PIECE characters
Over 1,000 characters from the Anime to recruit
Each character has unique abilities
Reenact and create new thrilling battles!

Featuring an allnew tap battle system, specially designed for your smartphone.
Unleash exhilarating tandem attacks to deliver devastating damage and send enemies flying!
Strategies and chain together attacks to fight even the toughest of enemies
Become the strongest pirate crew on the seas!
ONE PIECE TREASURE CRUISE Game has been tested by our team against viruses, spyware, adware, trojan, backdoors and was found to be 100% clean. We will recheck ONE PIECE TREASURE CRUISE when updated to assure that it remains clean.